Groundwater's significant socioeconomic and ecological relevance, as well as its status as a critical strategic resource, are widely acknowledged in developing countries. According to a study by (Pavelic et al., 2012), data on groundwater systems in Sub-Saharan Africa (SSA) is scarce, and the current level of knowledge creates a barrier to long-term groundwater development. The unanticipated and extensive use of groundwater has resulted in serious and escalating issues of exhaustion and value deterioration around the world. Despite an increasing number of examples of worsening groundwater conditions, information about the state of groundwater resources is fragmented and there is a shortage of reliable data (World Bank, 2012). The amount of data available on the occurrence and abstraction of groundwater resources varies greatly from country to country. Global groundwater resource assessments frequently lack current data on the state of groundwater resources for various nations and reliable information on groundwater quality is scarce. Syokimau is a residential suburb in Machakos County, Kenya, located east of Nairobi and approximately south of Jomo Kenyatta International Airport. The area has undergone rapid urbanization evidenced by the development of the Nairobi Commuter Rail Service, which is a means of transport for people in the area. The area has also seen development in housing with a number of apartments and houses being erected. A number of people have taken up residence in the area due to the convenience of the railway and the affordable cost of housing and land. With the improvement in infrastructural facilities and increase in trained manpower, several small to 3 large-sized industries have also been rapidly established near the area. Such growth is accompanied by increasing demand for water supply. The presence of several private water distributors in the form of water bowsers and water boreholes, whose source is unknown and hence quality unclear, demonstrates a water deficit. To fulfill the expanding demand, residents in the Syokimau area have had to increasingly rely on groundwater as their only or additional supply of water. However, Syokimau is known for lack of a proper sewerage system. Recently many residents have complained due to sewer line bursts that made sewer spill over in their premises including schools and private property. This was due to the poor coordination between contractors working on the Nairobi Expressway (Owiti, 2021) that led to closure of a primary school. The lack of an existing sewer network in most parts of the Mlolongo/Syokimau area (MAVWASCO, 2018) exposes the aquifers to biological contamination and so the water obtained from the boreholes may be polluted. The presence of industries in the area is also a cause for concern. While some industrial wastewater can be recycled and reused inside the company or by other consumers, the vast majority of effluent is discharged directly into the water cycle, typically without proper treatment. It is the volumes of these effluents and the concentrations of hazardous substances they contain, combined with the mode of disposal and the vulnerability of the underlying groundwater which determine the risk of pollution (Morris et al, 2003) and therefore, groundwater quality issues are likely to be much more dominant than quantity. For newly-urbanised areas, the main concern may be for the potential impacts of rapidly-growing, often unplanned and poorly regulated industrial activities. Although these may be individually small in scale, their potential environmental impact may not yet be observed, and the risk they pose to groundwater not appreciated. Due to the rapid development and the increase in population in the area, it is critical that the quality of groundwater be analysed and determined to protect the health of the residents. This creates a need to know the present status of groundwater quality and introduce measures to safeguard the groundwater sources in the area 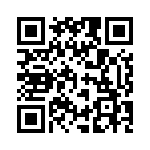