Geotechnical hazards pose continuous threats to the performance of structures and facilities for example expansive soils that act slowly on structures and other hazards such as earthquakes that act rapidly causing loses. Some of these hazards are naturally occurring, others cannot or are difficult to predict and thus structures are prone to failure. However, before construction the soil can be tested and if need be the land to be developed remediated and thus structures are built on the land are safe and are not susceptible failure caused by contamination. Remediation is therefore an important aspect to be considered before construction commences as it reduces/expels the chances of foundation failure and reduces the effects caused by contaminants in the soil towards the living and non-living things in the contaminated area. There are various land remediation techniques that vary very much in terms of their application, cost, time consumption, effect on adjacent land among many other factors. If the method chosen is unsuitable, the cost of reversal is too much or the effect caused might be catastrophic and thus the best method has to be chosen before remediation commences to avoid loss of both time and money 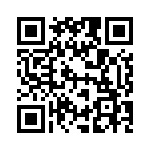