Buildings on the verge of collapsing may exhibit symptoms such as regular cracking noises,
excessive water on the roof, interior collapse, and large amounts of plaster sliding off the wall. The
most important vital features of a building are its homogeneity and the integrity of either structural
or load-bearing elements, which deal with the building's ability to withstand load without failure
or collapse.
A building collapses for a variety of reasons. One of the main reasons is that building owners
sometimes cut corners by not involving professionals and using subpar materials. Furthermore, the
laxity on the part of approving authorities, who are supposed to approve locations before buildings
are erected, has been linked to building collapse; thus, the role of approving authorities for
buildings and structures cannot be overstated. Buildings must have sound architecture and
structural design in order to perform well and require little maintenance. Many times, it is observed
that the building collapses due to a design flaw.
Even when workers are given the proper materials to make the concrete, they make mistakes. As
a result, the concrete is not strong enough to support the load. Another reason is a shaky foundation.
When laying a foundation, two factors must be considered: the soil's solidity and the weight of the
building and its contents. The materials used in the construction should be strong enough to
withstand the load. The strength of the structure should be tested at all points of construction. 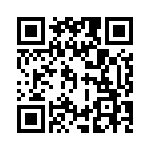