The subsequent improvements on the road between Pangani and Muthaiga, which is part of the
Thika superhighway, was done to address issues of poor level of service, traffic volume capacity
and safety on the road.
High rates of traffic and travel demand, both motorized and non- motorized, paired with poor
road conditions all strangled the mobility and urban access and reduced safety in the
metropolitan area, which has very high rates of road traffic accidents often involving pedestrians
according to UNEP (KARA, 2012) . Feasibility report by The Kenya Alliance of Resident
Associations (KARA) showed that the road was a very accident-prone road with high incidences
of registered road traffic pre-improvement. During the reconstruction, new design standards such
as alignment of the road, elevations, lightings, traffic signals, markings were developed.
However, there has also been several cases of accidents due to over speeding and other accidents
involving pedestrians and vehicles. According to NTSA, the number of road crashes due to
walking or standing on the road jumped by 100% to 40 cases between January and October in
2019. More than 3000 are lost and more than 3000 are left with serious disabilities annually due
to RTAs in Kenya (Manyara, 2016 ).
This study therefore aims at investigating how road traffic measures that were constructed along
the study area of the road between Pangani interchange and Muthaiga has impacted the
occurrence of crashes and the types of accidents which are still notable even after improvements.
Also of interest are the road design features which have been constructed with the interest of
improving road safety when using the highway. 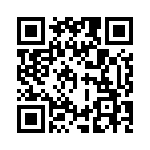