Egg shells are waste materials that primarily end up in landfills and substantially contribute to
environmental pollution. In Kenya the annual egg production is estimated to be 1.2 billion with
the per capita consumption of eggs being at 40. The annual cement production in Kenya is
estimated to be 6.3 billion tons as of December 2016 and continues to grow exponentially.
The production of cement has been the cause of serious environmental problems such as
emissions of gases like carbon dioxide and nitrogen oxides which could potentially led to global
warming, consumption natural raw materials like lime and intensive energy consumption.
The quest for more sound and durable structures in long-term has also become a major concern
resulting to exploration of the use additives to concrete to improve its mechanical properties like
strength. The use of egg shell powder in concrete as a partial replacement of cement has
contributed to the increase of compressive as well as flexural strength of concrete. 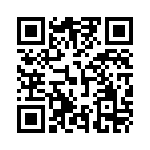