National Construction Authority, (2014) published a report pointing out critical issues that the construction industry in Kenya faces; a major problem they noted is the lack of skilled labor in the industry. 75% of the workforce in the industry is either unskilled or semiskilled, it states. This leads to substandard work and considering the high employer’s expectations, it is unacceptable. The report also sheds light on the shortage of skills in the industry especially in the sectors of welding, carpentry, painting works, plumbing, masonry and electrical works.

The aim of any project is, but not limited to: completion of project on time, be of acceptable quality and of them all completed in the budget estimated (Rauzana, 2016). A survey carried out by National Construction Authority, (2014) found out that 55% of contractors do not own equipment and fully rely on either leased or hired equipment. The same report also found that 78% of the contractors support themselves financially by either bank finance or other credit facilities. The interpretation of the facts can indicate a rise in the number of contractors that could not necessarily be experienced or may not have employed qualified engineers, quantity surveyors and craftsmen, because of their weak financial strengths. Commonly known as “Jua kali” contractors in the suburbs of Nairobi, the practicing methods of such contractors are usually very unprofessional and sometimes leads to an unsuccessful project which in turn escalates to disputes.

The construction industry in Nairobi is booming and the dire competition to obtain tenders has led to contractors lowering prices, which sometimes leads to quality issues and in turn conflicts in the timeline of the project. During the course of any project, conflicts occur at times that are sometimes difficult to resolve amongst the key players. Examples of conflicts that may occur could be contractors requesting for extension of time, additional cost have been incurred or maybe both scenarios may be present. This is mainly due to the rising expectations and need for higher specifications not initially put forward during the pricing of contracts. (Rubin, Fairweather, & Guy, 1999) 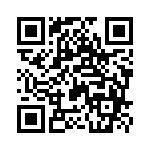