When the rainy season starts in earnest, the residents of Nairobi have several problems. The life of an average person living and/or working in the city often suffers economic, employment, health, and security challenges. First, most of the major roads within the city (already dilapidated and sporting gaping potholes) become inaccessible to pedestrians. During ‘average’ instances, the waters across roads are knee-length and it becomes practically impossible for office workers to retain the right outlook for their jobs. In some neighborhoods, the problem of flooding becomes more pronounced than for others. In South C, the landscape and the structure of residential houses lead to a more daunting challenge as a result of flooding. The neighborhood is one of the most affected areas of the city (Baariu, 2017) and is therefore going to form the basis of the current research problem. Mothers and children (even those who would not mind wetting their clothing) are at a greater danger of drowning. The estate of South C is one of the most affected regions within the metropolis experiencing some of the most biting impacts when such calamities occur (Nairobi News, 2015). As such, a planning study of the estate could potentially provide a necessary analytical guidance to understanding the problem as it affects the entire capital city. urchins and other unbecoming residents make a killing ferrying them across the floods with pushcarts. The extra cost of commute aside, these men present a unique security challenge of their own. The gravity of the floods in humanitarian and transport sense can be interpreted from the 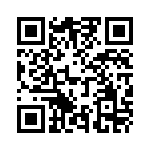