Over the past few decades, there has been an increase in global population. This increase has resulted into greater consumption of resources such as water, thus putting a strain on the water resources available for use on earth (Charania, Principles of Hydrology for Practising Engineers: Basic Hydrology, 2016).

It is general knowledge that the consumption of water results in the generation of waste water. This waste water when released into the environment, putting into consideration the exponential population growth meaning large quantities of waste water generated, can have a negative impact on the environment. This is because the rate of disposal may exceed the natural rate of recycling. Kenya, just like any other third world country, has also experienced a surge in population growth. The country’s population was an estimated 38,610,097 million people according to the 2009 census – a notable increase from the rough estimate of 28 million people from the 1999 census. In 2018, the Kenyan population is estimated to be about 50.95 million people; a growth rate of 2.52%.It is further estimated that by the year 2030, the population will have grown to about 67 million people (World Population Prospects, 2017). This increase in population has led to urbanization as people naturally seek to improve their living standards. This has led to the development of informal settlements in major urban areas of most developing countries which presents a major challenge in the form of waste water generation (WWDR, UN, 2017). The problem of waste water management and sanitation and hence the resulting environmental degradation-as seen in most of Nairobi’s informal settlements such as Mathare and Kibera- is concerning as these places host a number of people who work both in the formal and informal sector. Such insanitary conditions pose a major threat to human health and more so to economic development.

It is unfortunate that other smaller towns such as Ugunja experience similar problems-careless waste water disposal and sanitation. These conditions are however largely ignored as these towns are not really in the global spotlight. 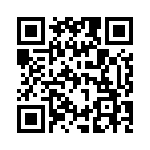